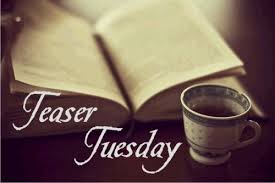 ​       Alberto Vargas looked around at the group of refugees gathering in the shade of the run-down boarding house, a stone's throw from the fourteen foot steel wall at the border, and wondered which of them would die first.
A dusty thermometer read 103 degrees.
When he was little, the demarcation between los Estados Unidos and Mexico was a simple stone marker on the side of the road. But since 9/11 everything had changed. Now Mexicans had to sneak across the border under cover of darkness, across the most rugged and least populated areas.  The coyote smugglers met them on the other side near the interstate highway, past the taco checks and the border patrol rifles, to hide them in stash houses in Tucson or Phoenix.
A man, a wife and toddler rested on pads under a flatbed truck to wait out the afternoon heat. The man stretched out and smoked. The little girl babbled a counting song and played with his fingers.
"How far did your man tell you to walk?" Alberto asked the father.
"Hasta media noche," the father replied. "Until midnight. We will follow the railroad tracks to the big Highway 10. El pollero said he would meet us on the other side."
Polleros. Chicken herders. That's what the coyotes were nicknamed. Alberto shook his head. The smugglers always told first timers they would meet up with them on the other side. Forty miles on the other side, but the families weren't told that.
"You don't want to do this," Alberto said to the father. "Your family will suffer."
The man's face split into a smile. "It will be worth it when I am rich."
"At least buy more water," Alberto pressed. "Carry two gallons each."
The father pulled his pockets inside out and shrugged. Clearly he had no spare pesos for more than the gallon apiece his pollero had given him.
Alberto shrugged and looked away, turning toward the older couple sitting on his other side. The man was Mexican, but some Native American heritage dominated in his high, sharp cheekbones and almond shaped eyes. Older, maybe sixty or seventy, and his face had spent many long days outside. He threaded his fingers through his wife's own. The wedding band on his finger was worn thin and smooth. "He looks like my father," Alberto told himself. "Quiet. Sure of himself, but would never brag about anything."
At six o'clock the group started walking north and east, keeping to the shadows of a ravine that fell away from the bright path cast by the stadium lights along the wall.
Alberto kept his distance from the other refugees, especially the family with the little girl and the old couple. Out here, a friend was a liability.

Jace was still enjoying the limp-limbed afterglow of his third orgasm when Kendra flipped back the covers and stood up.
"Hey, where do you think you're going?" he protested, stretching like a contented cat, one who had just feasted to his satisfaction.
"Rise and shine soldier." Her bare feet slapped the cheap linoleum in the bathroom. "We both report in at zero-eight-hundred tomorrow. Lots of loose ends to tie up before then."
Jace rolled onto his back and sighed. One more day before training for his new assignment began, and the seventeen-week base restriction that came with it. Although he would miss the daily sex, this transfer to Fort Huachuca Army Base was the culmination of a dream he'd been working toward for years. Military Intelligence. Pretty damn good for a guy who'd lost his ROTC scholarship and come up the hard way, straight leg infantry, 11-Bravo.
He walked into the tiny bathroom and slid his arms around her bare waist, reaching up to tweak both nipples and elicit a soft groan. He'd always been able to trust his instinct, and that instinct said she'd wait for him. She'd followed him from base to base, finagling matching assignments for two years to be near him. She'd wait seventeen weeks. Absence makes the cock grow harder, he thought, and said member twitched in reply.
"Just one last thing, one little detail to handle," he murmured to himself, stepping into the steamy shower beside Kendra.
As soon as he completed his training, Jace intended to change his marital status. How, he wasn't sure yet. But after nearly three years, he'd be free of his do-gooder, bleeding heart wife. He had four months away from the clueless Abby to figure out a plan. She was stuck in California while he completed training. Lucky for him, the Army didn't pay for a transfer and house until he received his next deployment. By then he'd be rid of her. Permanently.
# # #
Outside the motel, a silver Honda Accord sat in the shade of an untrimmed mesquite tree, the front window rolled part way down in the stifling Arizona heat. The driver put down his black coffee and picked up a pair of binoculars from the seat beside him.
He watched Jace close the motel door behind him and unlock his metallic blue, lovingly-restored Mustang, whistling as he slid behind the wheel. That smug face, seemingly right before him in the magnified lens, made his breath catch and stomach acid boil up into his throat. His grip on the binoculars tightened until his fingers ached. Breathing hard, he imagined his hands around Jace's neck, squeezing, squeezing, until that cocky smile disappeared, replaced by comprehension and then terror.
He wasn't worried about being seen. Chances are Jace wouldn't remember him, especially dressed in a civilian ball cap and logo t-shirt.
But he knew Jace. He remembered him well. Remembered every detail of the night that ruined his life. To Jace, it was a minor setback, barely a blip on the radar of his life.
But to the man in the Accord, it meant much, much more. Soon, he intended to even the score.